There are many branches of Muslim subjects and their specialists. It takes a long experience to be able to dissect this and come out with the who deals with what, and who truly provides the readership in these days of time scarcity with the best information, at the fastest. Should you as a reader make the mistake to go into the wrong author in seeking some information that would mean days, if not weeks, of time lost. So, here, are some general comments on this issue, before is outlined, as succinctly as possible, the matter of who deals with what in respect to Muslim social sciences. 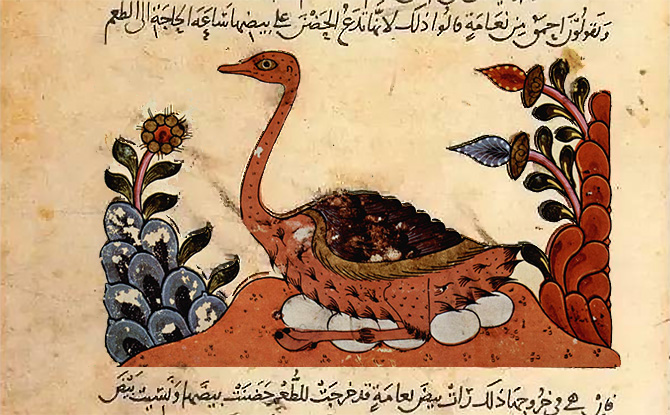 First, let the audience know, that should you seek to know about Muslim sciences in general, these days, there are no better sources than Sezgin, D.C. Lindberg, Lyons, Rashed’s Encyclopaedia, and Burnett. The latter is by far the best source on any subject relating to Muslim impact on the West. In respect to astronomy, no need to look beyond David King and Julio Samso, and also Lorch and Kuznitch especially in relation to the study of the stars and other matters. If one sought to know about Muslim nautical sciences, Casale is the source, and on the Ottomans, he and Ozbaran are beyond enough. In regard to geography, the excellent multi-volume work by Harley and Woodward, articles by Tibbetts, the old and unequalled works by Ferrand, and very recent writing by Karen Pinto, are fully informative. Should one seek to know about pirates and piracy and all myths and lies related to the subject, Fisher, Earle, Matar and Vitkus stand their ground. On Western perceptions of Islam, nothing better than Daniel and J.V. Tolan, and also Blanks and Frasseto.[75] As for mathematics, Rashed, Berggren, and Djebbar are the sources, whilst Hogendijk should be a great source on a variety of related subjects. In regard to Islamic arts and architecture, Blair, Bloom, Sweetman, Howard and Harvey are the most obvious sources. In relation to most other subjects especially Islamic history, stick with the old. Nothing of worth is being written these days by anyone (with the exceptions of H. Kennedy and A. Kaegi). The same applies to the history of modern Turkey: stick with the old with a couple of exceptions: J. McCarthy, the Shaw (husband and wife), M. Uyar and E.J. Erickson. The latter two are exceptionally good, in fact without equal, in regard to anything to do with the military aspects of the subject.

Now, as far as our subjects of social sciences are concerned, we have a vast array of first class sources. When it comes to farming, Watson, Bolens and Glick are the must use sources.[76] Glick, together with Levi Provencal (for those fortunate to understand French) are by far the best sources for Muslim society of Al Andalus, and for a primary source, of course, al Maqqari. Here mention must also be made to A. Castro, a source of first class quality.[77] As for Sicily, here, the master of the subject remains Amari, dated, but unequalled, but amongst the modern, Metcalfe, Taylor, Bresc, and Abulafia are great sources, too.[78] In regard to finance and trade, here, again, the choice is stunning, as represented by Gene Heck; Hobson; Udovitch; and Goitein.[79] The best compilation on the subject and the impact of Islam on trade and finance is the little known work by Paul Egon Hubinger.[80] Lombard is also an exceptional source on these and related subjects.[81] Constable is an excellent source on Muslim trade and traders, especially in al Andalus.[82] North African society is best depicted by French scholarship.[83] Talking of French scholarship, Jean Claude Garcin, Sourdel, Miquel, Marcais, together with Levi Provencal, have offered us a great scope of knowledge on Muslim society, especially its urban system.[84] An outstanding scholar of Islam is R.B. Serjeant, little publicized or known (depending from which perspective he is looked at), unfortunately, but whose output is one of the best. In this particular respect, everyone is advised to seek out and use his edition of the Islamic City (Paris, UNESCO, 1980). Lapidus, despite some her claims strongly opposed by this author (and which cannot be dealt with here due to the specific remit of this article), still remains a good source on the later medieval Islamic urban system.[85] In respect to some particular Muslim crafts and early industries, here, we have a very good list headed by the likes of Carboni on glass, Engle on the same subject, Frothingham, Lane and Caiger Smith on pottery, ceramics and related crafts, and Bloom on paper.[86]

Let’s offer a view here on the genesis and the use of the cheque relying on some modern sources to appreciate the Muslim role. As noted already, the use of the cheque was one early Islamic breakthrough, with Arabia as the centre of diffusion. The cheque, in Arabic Saqq (Sakk), as Udovitch explains, is ‘functionally and etymologically the origin of our modern cheques.’[87] The use of Saqq was born out of the need to avoid having to carry money due to the dangers and difficulties this represented; the bankers took to the use of bills of exchange, letters of credit, and promissory notes, often drawn up so as to be, in effect, cheques.[88] Cheque payments were made in the very early stages of the Islamic state. Ibn Abd al-Hakam indicates that Omar Ibn al-Khattab paid for the grains delivered to state warehouses by cheque.[89] He also states that the Caliph would pay governmental wages by cheque prepared by his scribe/secretary, Zayd b. Thabit, which were written on papyrus and certified on their reverse sides by seal, and that this practice was perpetuated into the Umayyad era (661-750).[90] Indeed, the contemporary use of such cheques in private business dealings appears to have been quite substantial, and taxes to the government were also commonly paid in that manner.[91] For any such personal cheque to be valid, it had to be cosigned by at least two witnesses.[92] By the 8th-9th centuries, it seems, cheques had become a common feature of everyday economic life.[93] The cheques of then, of course, did not strictly resemble our cheques today, and may have taken a plurality of forms. The main point is that some letters of credit were for the huge sum of 40,000 dinars in the Saharan oasis of Sijilmasa, many examples of such letters were found at Cairo Genizah.[94] There are reports that the Abbasid fiscus in 316H/928 received 900,000 dirhams in revenues from its Persian provinces via letters of credit drawn upon local banks.[95] This confirms that these instruments of credit were always scrupulously and strictly honoured.[96] This is in conformity with the Islamic religious requirements.[97]

Later on, through Italian merchants trading with Muslims, this innovation was passed on to the West, beginning in the 12th century. The word saqq leading to cheque in both French and English, and it is worth adding that the German and Dutch words for the same thing (Wechsel, wissel) also derive from Arabic.[98]

Constable, referred to above, and who died a few years ago, has left us some memorable knowledge not just on traders but also on some institutions which marked medieval society. Here we rely on her to show one defining aspect of Islamic civilization, how it inherited some aspects of civilization (here the Byzantinepandocheion) and transformed them or improved them. In the final heading of this essay we will look at how the same institution, once transformed by Muslims into Funduq, was appropriated by the same Byzantines, and then the rest of the West, and how the institution played a crucial role in the rise of modern trade and commerce. The focus on the Funduq is not just due to its role in the rise of modern trade and commerce but also because it precisely illustrates a fundamental, if not the fundamental aspect of Islamic civilization, how Muslims were no mere borrowers, but were borrowers who transformed and improved what they borrowed, and then passed it on in such a form as to initiate the rise of our modern sciences and civilisation. The instance of the pandocheion/Funduq is to be generalized to all sciences and other aspects of civilization. It explains the movements of ideas; and the rise of modern civilization becomes much easier to understand, and makes complete sense. This example also shows us the utter inanity of the claim that the West recovered Greek learning and began its journey to civilisation. The West recovered the Islamic improved from Greece and elsewhere and then began the journey.

Cross-cultural exchange – of both words and things – will occur wherever two groups come into contact, but it is most evident in areas where there is long-term contact or some degree of shared heritage. The more that is held in common, despite dissimilarities and even hostilities, the greater the chance of meaningful adoption. The medieval Mediterranean world provided an ideal scenario for such exchange. Communications and on- going contact around the sea were fostered by a shared heritage_ of both monotheism and Greco-Roman culture. It is no accident that both the Arabic funduq and the Latin fonticum sprang from a Greek root, and that the latter came into Latin by way of Arabic, not directly from Greek.[99] Both medieval institutions shared aspects inherited from their classical ancestor, but their form and function were influenced by their subsequent use, heritage, and circumstance.

Pandocheions provided paid lodging for all sorts of people… Although they certainly lodged merchants, they were not designed as commercial facilities; unlike their later counterparts, there was little emphasis on security or storage. Indeed, their open doors and seedy reputation may have discouraged commercial travelers.

With the arrival of Islam, in the seventh century, the pandocheion merged into the Islamic sphere as the funduq. This became a characteristic facility in Muslim cities from Syria to Spain, and served the lodging, commercial, and fiscal needs of traders, pilgrims, and rulers. … While the funduq preserved important functional aspects of its Greek predecessor, it also evolved to fill new charitable and mercantile roles in the Islamic world. People from all walks of life stayed in funduqs, but these hostelries increasingly catered to the needs of commercial travelers, often becoming associated with certain groups of traders and particular types of goods. At the same time, rulers and local governors took an interest in these facilities, seeing not only their fiscal capacity as points for the control of trade and collection of taxes, but also their charitable and religious potential as sites for lodging pilgrims and poor wayfarers. These shifts are evident not only through the many references in Arabic and Judeo-Arabic texts, but also in archeological and architectural data.”[100]

We leave this matter at this level, and will return to it under the last heading to show how what Islam had borrowed and improved was taken over by Western Christendom in order to begin its journey into the modern Renaissance.