Isis | The Goddess of Fertility

Isis | The Goddess of Fertility

Isis was the ancient Egyptian goddess of marriage, fertility, motherhood, magic and medicine. Many myths and legends exist about Isis in Egypt and Egyptian literature uses several names and titles for this goddess. Worship of Isis, her temples and her cult spread through Egypt and parts of Europe.

Isis is the “Goddess with Ten Thousand Names”

Although this statement is an exaggeration, she does have many names Some of these are Aset, Aust, Eenohebis, Eset, Esu, Hesat, Iahu, Unt, Urethekau, and Werethekau. Isis was also associated with the other Egyptian goddesses, Sekhmet and Hathor. The Greeks worshiped Isis and they associated her with their goddesses; Persephone, Tethys and Athena. 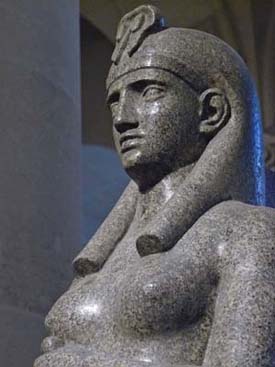 Isis is also known under many different titles, such as:

Isis’ most important roles were:

In some of her other roles, Isis had names associated with each role: How Was Isis Honored?

Isis had a cult that spread throughout Egypt and parts of Europe. People worshiped Isis as the ideal, fertile mother. Women worshiped in her cult and, at times, were her primary worshipers. Another way Egyptians honored Isis was through the images and statues placed in her temples. She was part of a triad of deities along with Osiris and Horus.

Isis is often shown nursing Horus or the pharaoh. Some aspects of her as a mother might have influenced early Christian ideas about the Virgin Mary. People believed her priests could cure illness and they celebrated festivals for her and her four siblings. These took place on five successive days at the end of the year. Depictions at the Temple of Philae

Two of the primary temples dedicated to Isis (in Egypt), were at Behbeit el-Hagar and Philae. Behbeit el Hagar’s construction began during the Late Period and it was in use through the Ptolemaic Period. The builders of this temple were the kings of the Thirtieth Dynasty, who worshiped Isis with devotion. Behbeit el Hagar served as a match to Isis’ temple at Philae, in Upper Egypt.

Construction of the temple on the island of Philae began during the Twenty-fifth Dynasty. But it was not a prominent temple until the Greco-Roman period. Scholars moved Isis’ temple at Philae during the 1960s to save it from flooding after the building of the Aswan Dam. This temple is intact because people did not remove its stones to construct other buildings. Several symbols are associated with Isis: Depictions of Isis show her as a goddess and a human woman. As a goddess, she wears the vulture headdress. This resembled a bird laying on its stomach on top of Isis’ head, with its head over her forehead and wings hanging down on each side of her head. Isis wears a jeweled collar and a floor-length gown. She holds a papyrus scepter and an ankh in her hands and is often portrayed with long wings.

Sometimes Isis wears a crown instead of the headdress. One crown has horns surrounding a sun disc. Another crown has the horns of a ram, under the double crown, to associate Isis with Osiris. The depictions showing Isis as a human woman show her wearing plainer clothes but her headdress has an uraeus symbol.

Birth of Horus and Scorpion Myth

One of the most important legends told about Isis concerns the birth of Horus and the scorpion myth. This story begins with Set sealing Osiris in a coffin and throwing it into the Nile. This devastated Isis, so she searched for him and found the coffin inside a cedar column in another land. She brought Osiris back to Egypt and mourned him. Set found the coffin, removed Osiris’ body and tore it into fourteen pieces.

Isis wept as she searched for the pieces and Nepthys heard her. Nepthys helped Isis find thirteen of the pieces but a Nile creature ate the final piece. Thoth taught Isis a spell that allowed her to reassemble Osiris and she used wax to replace the missing piece. The spell also restored Osiris to life for one night, he and Isis had intercourse and she conceived Horus. The next morning, Osiris went to the Tuat. Set imprisoned Isis but Thoth helped her escape. Isis traveled surrounded by her seven scorpion goddesses; Tefen, Befen, Mestet, Mestetef, Petet, Thetet and Maatet. They traveled until they came to a village near a papyrus swamp. Isis knocked on the door of a rich woman, seeking aid, but the woman sent her away. Then she came to the home of a peasant woman who took Isis into her home.

The seven scorpion goddesses were angry so Tefen returned to the rich woman’s house, stung her son and set the house on fire. Isis heard the woman’s grief and restored her son’s life. She gave birth to Horus in a papyrus bed and hid him from Set. One day, Set sent a scorpion to sting Horus but Isis was able to save him.

Another legend tells how Isis took Ra’s power for Horus. Ra was an old man and spittle trailed from his mouth. Isis took some spittle and mixed it with earth to create a serpent which bit Ra. She promised to heal Ra in exchange for his secret name, which she could use to control him. Ra told her his name then Isis healed him, forced him to abdicated and made Horus king of the gods.